David Bell is the USA Today bestselling author of 13 novels, including his latest, Kill All Your Darlings (Berkley/Penguin 2021). He is a professor of English at Western Kentucky University in Bowling Green, KY.

Kill All Your Darlings

After years of struggling to write following the deaths of his wife and son, English professor Connor Nye publishes his first novel, a thriller about the murder of a young woman. There’s just one problem: Connor didn’t write the book. His missing student did. And then she appears on his doorstep, alive and well, threatening to expose him.

Connor’s problems escalate when the police insist details in the novel implicate him in an unsolved murder from two years ago. Soon Connor discovers the crime is part of a disturbing scandal on campus and faces an impossible dilemma–admit he didn’t write the book and lose his job or keep up the lie and risk everything. When another murder occurs, Connor must clear his name by unraveling the horrifying secrets buried in his student’s manuscript.

Mystery, murder and plagiarism set in the realm of academia, Kill All Your Darlings is diabolically twisty with an absolutely ingenious plot. A tortured English professor who can’t write. A tragic backstory. A stolen manuscript. This is suspense writing at its finest… Read full review

I was born in the same city as Charles Manson (Cincinnati, Ohio) and attended the same college as cult leader Jim Jones (Indiana University). Not bad for someone who wants to write thrillers.

When I was pretty young, maybe eight years old, I wrote a story about a ship getting sucked into a whirlpool and emerging in a world where there were still dinosaurs. It was a complete rip-off of the TV movie The Last Dinosaur which I saw around that time.

As a thriller author, what scares you? Do you ever find yourself scared by what you’ve written?

I’m certainly scared of needles. Every year when I have to have blood drawn for my check-up I whimper like a child. And when I screw up my courage and have it done, there’s no lollipop. No balloon. Needles are much scarier than anything I’ve written.

There are so many to choose from, but I would pick two—Spenser by Robert B Parker and Easy Rawlins by Walter Mosley.

What are some authors you draw inspiration from and/or are some of the book(s) that you’ve read and loved recently?

There are so many great mysteries and thrillers being written today—and so many of the authors are friends of mine—that I know I’ll leave out some good ones. But a few I’ve recently enjoyed have been: The Next Wife by Kaira Rouda, Blacktop Wasteland by SA Cosby, and Empire of Lies by Raymond Khoury.

How has the pandemic affected your writing or writing schedule?

Early on, it was tough to concentrate. A lot of news was coming at all of us quickly, and I found myself obsessively reading everything in the paper and online. I managed to push that aside as much as I could because I had a looming deadline. Writers have to be good at compartmentalizing, and we were all tested during the last year and a half.

Writing Kill All Your Darlings

Let’s talk about your book Kill All Your Darlings. Can you tell my readers a little about it?

When a creative writing professor’s student disappears and is presumed dead, he passes off her manuscript as his own only to learn it implicates him in an unsolved murder.

How do we first meet your main character, college professor Conor Nye, and how did he grow and evolve as you wrote?

When we first meet him, he’s doing pretty well. His first book has been published, and he’s trying very hard to emerge from the fog of grief he’s been in for five years since he lost his wife and son in an accident. Things pretty quickly go south when the student he plagiarized from turns up alive and well. During the course of the book, Connor has to learn about the massive implications of his theft. He comes close to losing everything. Again.

You’re a college professor as well. Did your experience affect the creation or development of this character?

Sure. I’ve been teaching creative writing at the university-level for sixteen years now, so Connor’s world is very familiar to me. I understand the pressures he’s under. I will go on record and say I’ve never stolen one of my student’s books. Not even from one of the talented ones.

Describe Kill All Your Darlings in three words.

What do you think readers will love about this book?

Kill All Your Darlings attempts to do two things. It’s trying to be a fast-paced, entertaining thriller, and it’s trying to shed light on the topic of the sexual harassment of students by professors in academia. I hope that blend is unique and entertains while it enlightens.

What was your favorite part of writing it?

The characters run the gamut—from the innocent to the guilty. From the everyday to the monstrous. I enjoyed bringing all of these characters to life and setting them loose in this world to see what they’d do to each other. And to find out who survived.

Where did the idea for Kill All Your Darlings come from?

For years I’ve wanted to set a book in academia and explore the complicated relationship between writing professor and student. I tried a couple of different times and couldn’t get it right. Finally, this version of the story clicked and now we have Kill All Your Darlings.

My next book, The Finalists, is about six college juniors who get locked in a creepy house on the campus of a small college in order to compete for a massive scholarship given by an eccentric and wealthy donor. Spoiler alert—some people end up dead. It should be out in the summer of 2022.

David loves connecting with readers. You can get in touch with him at: 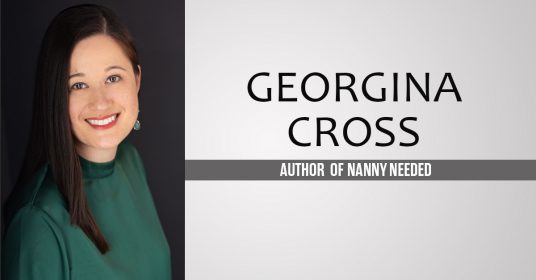 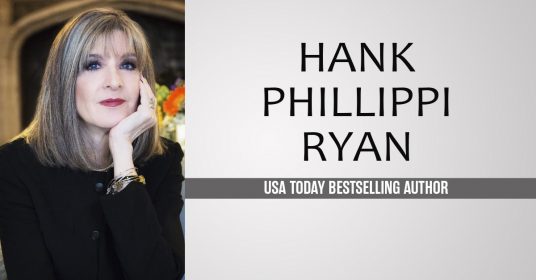 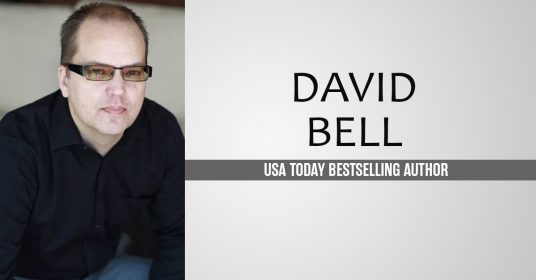